To kickstart the Indoor Kites blog this New Year, we spoke to Ben West. Ben, a mental health activist and student at Liverpool University, started raising awareness about mental health following the suicide of his brother in 2018. Now reaching over 40k followers on Instagram, Ben’s voice has a wide and impactful reach to teenagers and students especially. His honourable work has led to his remarkable achievements such as winning the Princess Diana award in 2019, visiting 10 Downing Street to present a petition to Boris Johnson and appearing on countless national television and radio shows to continue raising awareness (amongst many other things).

Following a particularly tough academic term for students across the country, Ben has provided the voice that many of us need after hearing of the tragic deaths of University students. With the country in lockdown again, and ‘Blue Monday’ approaching on January 16th, Ben sheds some of his positivity and reminds everyone that there is light at the end of the tunnel.

Many people set themselves New Year’s resolutions. What is your advice for helpful New Year’s changes that will positively impact someone’s mental health?

The whole ‘New Year’s resolution’ thing is difficult because it can be quite damaging to people. When we’re talking about what New Year’s resolutions can be good for your mental health, actually not setting any is a good thing. I read something the other day that this year should be ‘new year, same you’ – instead of changing who you are, you should be accepting of yourself and stop changing the opinion of who you need to be. So many people are chasing this idealised version of themselves and actually that is not realistic. This year especially, we should be trying to accept what we have in life.

What advice would you give to someone who has set an unrealistic/unsustainable New Year’s resolution and feels like they have failed by breaking it already?

Again, it comes back to the question as to why we are setting these unobtainable goals. We are not designed as human beings to wake up one day and decide to completely change. It takes an average of 66 days to create a habit, and that’s just an average – it can take up to 200 days sometimes. So why suddenly think that it is time to change on January 1st? Whether that be to quit smoking, or stop drinking – how do we think that this is going to realistically happen? So, what I would say to someone who has already given up on their New Year’s resolution, is that they don’t work. There’s a reason why gym memberships go through the roof at the beginning of the year and then the turnout, drops by the end of the month. We are in such a difficult period and now is not the time to stop something you enjoy. Now more than ever we need those comforts. In normal times you are able to rethink your habits, but right now you should be focusing on trying to stay happy.

What positive yet realistic changes would you suggest to people in keeping motivated during this mentally challenging time?

The main problem we have as students is productivity, and actually gaining the motivation to sit down to work. The main thing I do is write on my white board – I think every student should have one. It’s changed my productivity because I find that once something is written down, it is easier to commit to those things. Put your notes, diary, or list for the day in a place where you can see. Whether that be on your bathroom mirror so you see it whilst brushing your teeth or putting a list next to your bed so you can plan out your day each morning. I have found this method a great way to commit to my goals, and it also helps to alleviate the problem of procrastination.

Students have been hit badly this pandemic and have received a lot of negative press in the media. For students who planned to return to their University cities this month, and now cannot, frustrations are high. Also, with little acknowledgment from the government, many are feeling lost. Being a student yourself, how do you feel about this?

The way that the government and universities have acted towards students is horrific and immoral. Universities were caught with their pants down - they had no idea what to do. They were given months of notice to deal with the pandemic. They knew students were coming, and yet as soon as we arrived, they had no idea what they were doing. It was so obvious that they were clutching at straws trying to work out what to do. This is a problem that students have faced for years though. Universities are institutions that take student’s money and spit them out with grades. Unfortunately, this has come to light when we have been faced with a difficult time. Students are treated as numbers and this has some nasty consequences.

For students returning to their city, make sure you know what you’re going back to. Home might not be a nice environment for a lot of people, but also being isolated in a university room for a month is difficult. If you are certain on going back, make sure that it is necessary for you to return personally and educationally. If you find yourself lonely whilst being back, make sure to communicate with your university to make them aware. People need to know if there is a problem. 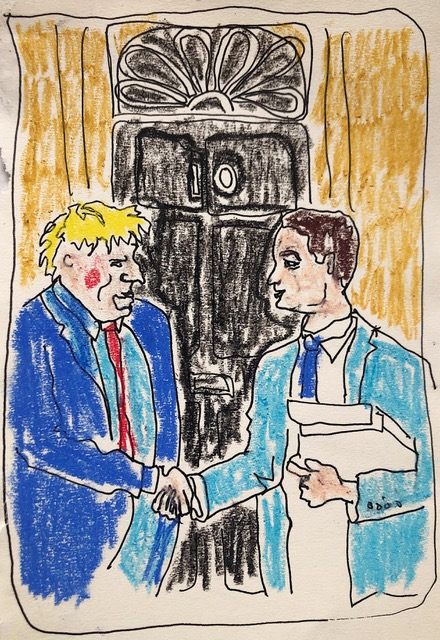 Blue Monday is obviously going to be felt harder by everyone this year. Do you feel the term ‘Blue Monday’ is overused by the media and we should be looking at more positive terms to motivate people this January?

In January, people find that the difficulties they face are exaggerated by the darkness of these winter months. There is absolutely a need to have a positive spin on it. I’m not sure how a positive spin on this would happen, but there is a fine line in the media between reporting on what’s going on and exaggeration. Exaggerating headlines and problems is not helpful for anyone. The media need to report on things honestly, especially in our current situation. We need to hold these journalists, news outlets and media to account who cause distress through exaggerating and exacerbating the problem. 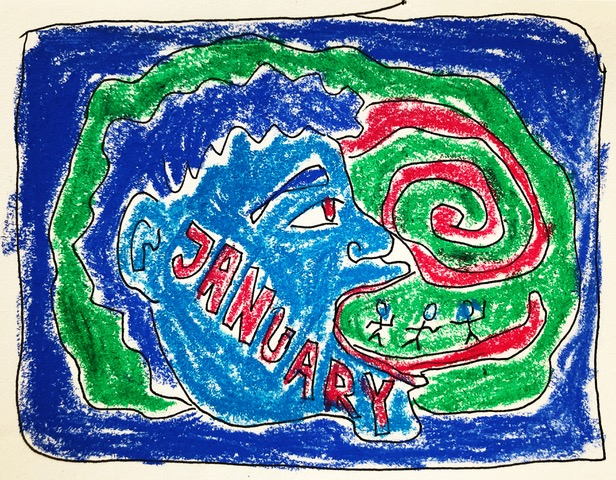 Do you have any helpful strategies for anyone who is struggling with their anxiety during this pandemic?

Writing is a really helpful way to help visualise something before it happens. As human beings we don’t like surprises, so structuring your day is really beneficial. With anxiety, it helps to recognise how you’re feeling. If you are feeling anxious or frustrated at someone, just taking a second to identify those feelings really helps you understand why you are feeling a certain way. Also, researching the way you feel can really help when dealing with anxiety – it helps remind you that the way you are feeling/acting is a symptom of what’s going on. 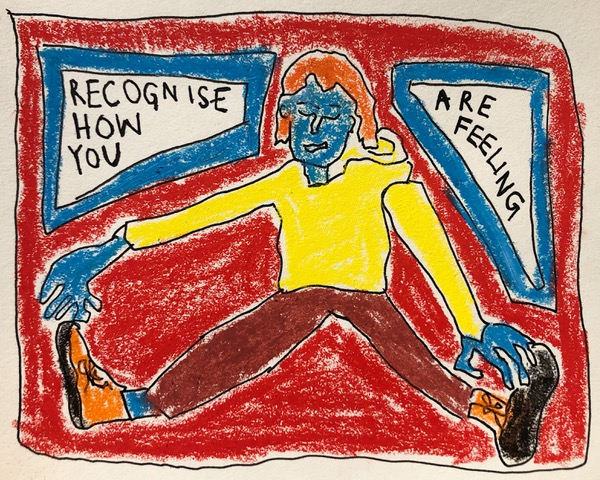 Looking forward, what would be your suggestions for the nation in educating people on mental health?

Following the news on the third lockdown, how would you encourage people to look after their mental health?

We need everyone to realise that you can still do things that make you happy. We can keep a social connectivity via zoom or meeting up with one other person for exercise under the new guidelines. It is only a few more months. – by focusing one day at a time, it really helps to break it down. A vaccine is coming, hopefully an eased summer too, so freedom will happen. If you are in a place where you can’t do the things you enjoy, make sure you tell someone what is going on. If you don’t want to talk to someone you know then there are a lot of great resources out there where you can anonymously talk to a professional for free.